Begin Simply is a space where I slowly curate my ideal wardrobe while giving a running commentary of the process. My ideal wardrobe is definitely one of neutral hues, simple cuts and quality material. Besides writing about my wardrobe I also intend to include cafe scenes (lots of coffee!) and still life photography. By the way, I watch too much AFL (yes, I am from Australia). On a more serious note, I am still not sure whether to continue on this platform (thinking of merging content from here to my Instagram), but for the time being I will be posting on both platforms - April 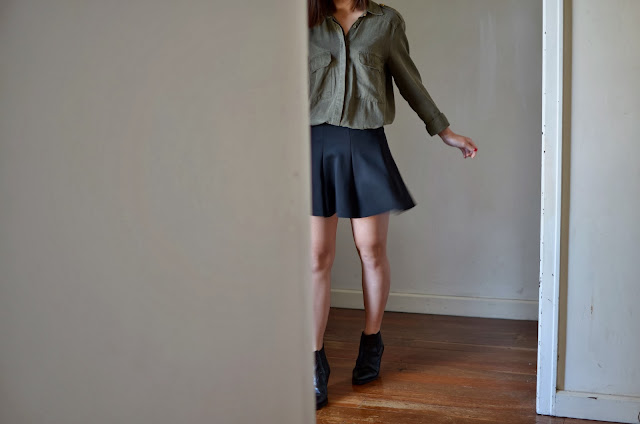 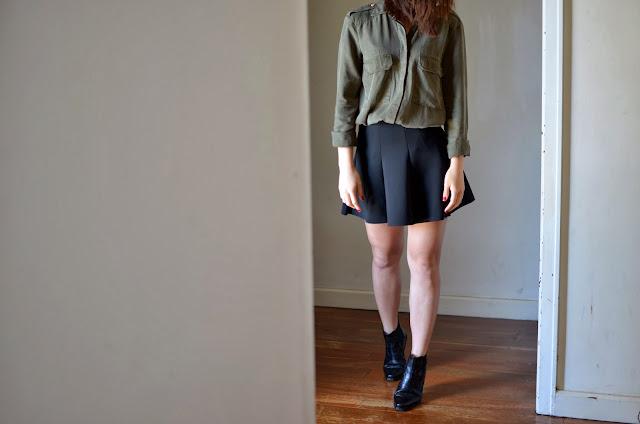 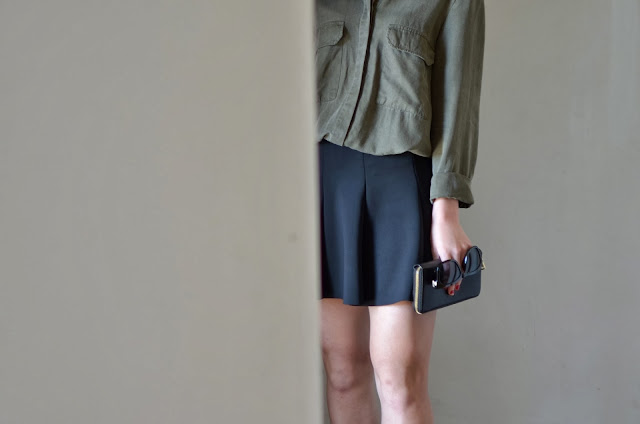 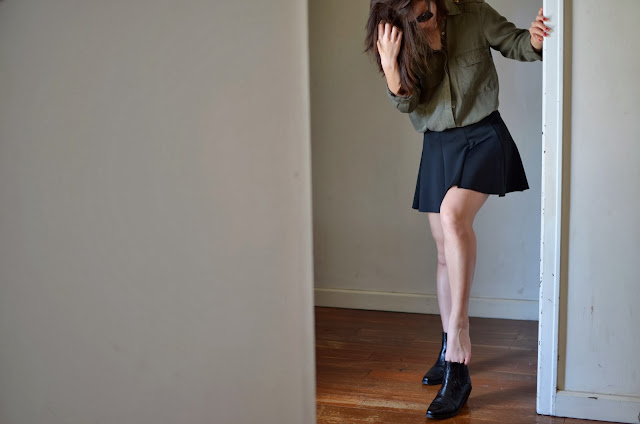 We might need a Abra, Kadabra or Alakazam*. Or, put simply we might just need to teleport back into time given this was taken nearly a month ago.

During that particular day the wind was not my friend especially where modesty was concerned. My poor attempt (see first picture) to mimic the movement of the skirt I had to deal with was quite pathetic. Where people have sought out to replicate the Marilyn Monroe skirt-flying-subway-vent moment I tried desperately to avoid it since I was definitely not filming a movie or trying anything artistic.

Modesty was more like my goal while I waited on a blustering platform with high school kids in groups, the usual 9 to 5 commuters and anyone in between. So, I ended up the entire morning with a hand on my skirt more often then not. Quite comical (and very annoying!) if you ask me.

My agitation to stop my skirt flying around the place also made me think about the newest 'crop top' trend that I see popping up. Lets just say I haven't fully formed an opinion but I can see it being a future post, albeit more a 'thought' post then an outfit post. Maybe that indicates my direction on this topic? Maybe, maybe but don't quite rule anything out!

*I grew up watching, playing and owning anything to do with Pokemon - definitely no regrets!

Thank you, I try and read all comments!